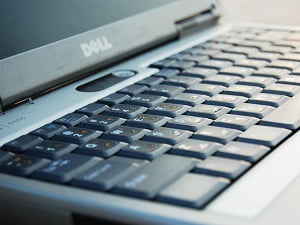 Do you use Dell equipment at home or in your office?

If so, then the recent discovery made by independent security researcher Bill Demirkapi should give you pause.

Recently, Mr. Demrikapi discovered a flaw in the company’s SupportAssist utility that comes pre-installed on most Dell systems.

If you have an older Dell, know that SupportAssist was recently re-branded and was formerly known as Dell System Detect, which may be a name you’re more familiar with.  At the root though, it’s the same code and both versions of the code have the same flaw.

The program is designed to interact with Dell’s support website. This is where it will scan for service codes and tags that match your system and then automatically download and install driver updates as needed to keep your system up to snuff. It’s a good piece of software that performs a valuable function, so it probably comes as no surprise that hackers took note and promptly found a way to take advantage of the code’s functionality.

Dell, who has been working with Mr. Demirkapi since he reported the issue to them, explains it thusly:

In essence, the hackers use a variety of tricks to fool your system into thinking it’s getting updates from Dell, when in fact, it’s being fed poisoned files from a site controlled by hackers.

The bug impacts all Dell SupportAssist Client versions prior to version 3.2.0.90.  The company has already fixed the issue. The main takeaway here is to check your SupportAssist version number to see if you’re in the safe zone, and if not, download the latest version right away.