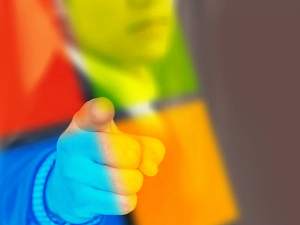 Windows XP recently turned twenty. Two decades is an eternity in the world of computers. Yet despite its age the venerable OS still has a surprising number of loyal users.

The problem is that Windows XP stopped receiving security updates in 2014. That means those who are still clinging to it run a very real risk of having their systems compromised.

It’s actually worse than the dates above indicate because mainstream support for Windows XP ended in 2009. However a small number of users were able to get extended support which lasted for an additional five years.

Microsoft has in a handful of cases issued emergency security patches to deal with critical security threats. However the bottom line is that there are a whole host of serious security flaws in the OS at this point and further help is not coming.

So who are the Windows XP users and why haven’t they upgraded to a more modern OS yet?

Broadly speaking they fall into two categories. The first group resides in the public sector. Public sector agencies tend to be notoriously slow where upgrades are concerned. Given how long public sector employees have been using it there’s a significant re-training cost to consider that many public agencies simply don’t have the budget for.

It’s a tricky proposition which has left a small but significant number of users in a vulnerable position. The sooner these remaining holdouts find a way out of their situations the safer and better off they will be.