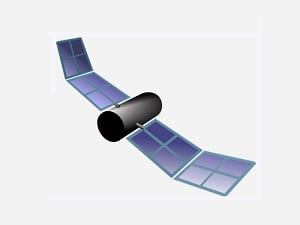 How would you like to get your internet signal from outer space? You can! Elon Musk’s SpaceX company has moved another step closer to offering internet connectivity via its Starlink service. However, at the moment, there’s an important catch and caveat.

Starlink has recently emailed fans to get their home addresses in anticipation of the company’s third beta test.

Elon Musk has commented that setting up a Starlink terminal is easy, but, given that this is a beta test, he also warned that the testers themselves are liable for anything that goes wrong. They are held liable for any damaged caused by setting up the terminals and using the experimental service.

Starlink Terminals have been described as looking a bit like a UFO on a stick. They don’t require the presence of a professional installer. All the user has to do is plug the device in and give it a clear view of the sky. Assuming that’s true, the terminal will scan the sky for the satellite offering the best signal and connect automatically, giving the user internet access.

If you’re interested in participating in the open beta, be aware that initially, although the service quality will be high, the connectivity itself will be spotty in the early stages. As such, it may support streaming video with buffering but would not be suitable for things like online gaming.

Also be aware that Starlink will require you to sign a non-disclosure agreement so you will not be able to share details of your Starlink experience online.

Finally, per the company’s instructions to its beta testers:

“You are responsible for installing the Starlink Kit. Do not allow third parties, or those not associated with SpaceX, to access or install the Starlink Kit unless you obtain approval from SpaceX.”

“Do not install the Starlink Kit at your home if you do not have the authority to do so. It is your responsibility to ensure compliance with all applicable zoning, ordinances, covenants, conditions, restrictions, lease obligations and landlord/owner approvals related to the installation location.”

Even with all the caveats and conditions, you have to admit, it’s going to be a really cool thing to be a part of.