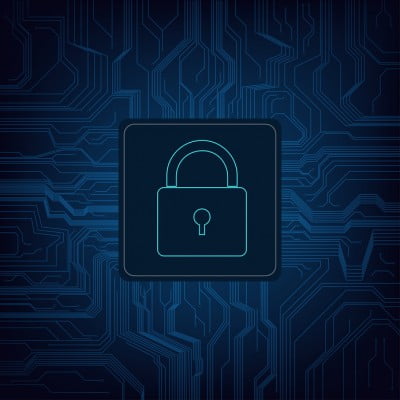 Your business’ data is often quite sensitive, which is why the professional world employs cryptology to keep it secure while it’s in transit. In terms of computing systems, this is called encryption. It’s the ideal way to secure important assets when you send or store information.

Tales from the Crypt-ography
Even ancient rulers and civilizations knew of the importance of protecting sensitive information. Cryptography is a practice that came about during the times of the pharaohs of Ancient Egypt and has lingered ever since in some form or another. Modern cryptography and encryption is still used to keep intercepted messages and data secure, and older forms of this were no exception. The general idea behind cryptography is that there is a cipher and a key to decode the cipher.

The earliest known cipher was used during the time of Julius Caesar. This method substituted letters in the normal alphabet with others a few spaces away. Caesar did this in all of his official communications, allowing only those privileged few who were literate and understood the replacement key, the ability to know what the messages truly meant. Cryptography would continue to evolve over the next 1,300 years, evolving drastically from the cipher Caesar utilized.

Historians have discovered that cryptography developed dramatically over the past 700 years, and it’s all thanks to the invention of polyalphabetic ciphers. Encryption underwent a sort-of “renaissance” of its own in the Venetian city-states of what is now modern-day Italy. In particular, Leon Battista Alberti is remembered as the “Father of Western Cryptography” for the use of his Alberti cipher, a polyalphabetic cipher that used the decoder ring that is most commonly associated with the holiday staple, A Christmas Storyi. Be sure to drink your Ovaltine.

Encryption in the modern world has since exploded. From the Playfair cipher to the German Enigma machine, these coded messages were a necessity to preserve the integrity of messages during transit. Encryption today is no exception to this rule.

Modern Encryption
Encryption is more important than ever. Computing has evolved considerably over the past 60 years, and encryption has had a lot to do with it. Encryption is a mainstay in some of the most popular technology solutions out there. It’s used every time you make a purchase with a credit card, or make a call or text with your smartphone. Encryption basically still works in the same way by using a cipher and a key, but it’s much more complicated than the more simplistic versions used in the past. We’ll walk you through how two of the more popular encryption algorithms work: symmetric and asymmetric.

Symmetric Key Algorithms
In the case of symmetric key algorithms, the encryption keys are the same for both the process of encryption and decryption. Think of it as the same key working for both the front door and the back door of your house. A better example is that a user can unlock a box with a key, but only if it is the same version of that key configuration, meaning that as long as it’s a copy of that exact same key, the box can be opened.

Asymmetric Key Algorithms
Asymmetric key algorithms work with two different sets of keys: a public key and a private key. Each person who can see the message has access with a public key, but to open the message itself, they need to have a private key exclusive to them. This added layer of security can help to improve privacy. Granted, this is only a very basic explanation of what these complex encryption protocol accomplishes.

Popular Types of Encryption
Here are some of the most popular forms of modern encryption:

Where Encryption Sees Use
Chances are that if you’re using the Internet, you’re using some type of encryption. There are a lot of websites that utilize Secure Socket Layer, or SSL, to keep the transfer of data secure and private. This is used to keep personally identifiable information safe, like passwords and credit card numbers, just in the event that the browser you’re using isn’t secured. If the website you’re visiting doesn’t use SSL, chances are that the browser will inform you. Other services also take advantage of encryption, such as email, file transfer, or remote access to your network.