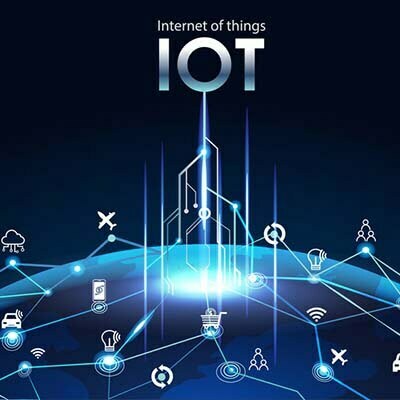 The Internet of Things has been growing rapidly, and with this growth it has become a major part of daily life. There are connected devices you couldn’t even fathom being needed, but some have turned out to be exceeding useful. In 1977, the release of Star Wars saw people’s imaginations expand. The science end of the sci-fi went into overdrive, and soon communications and computing would change forever. Despite being a long time ago in a galaxy far, far away, the Star Wars universe introduced several concepts of the Internet of Things, decades before the IoT was even conceptualized. This week, we will take a look at the modern day Internet of Things, and how Star Wars primed us for our own future.

I am Fluent In Over Six Million Forms of Communication…
Connectivity is performing a complete overhaul on the way people interact. One way people are able to connect to each other, and to machines, is through the use of language. In Star Wars, no characters most exemplify the enhanced communications capabilities of our new digital frontier than the droids. C-3PO repeatedly reminds its companions that its “fluent in over six million forms of communication,” while R2-D2 repeatedly uses its ability to communicate with other machines to the benefit of its rebel cohorts.

C-3PO is a protocol droid. When Luke Skywalker gifts the two droids (C-3PO and R2-D2) to Jabba the Hutt in Return of the Jedi, they are fitted with restraining bolts and used for utility: C-3PO as Jabba’s main interpreter, R2-D2 as a rolling drink server. While C-3PO’s role, from a mess of wires in The Phantom Menace, to its cameos in Disney’s subsequent sequels, hasn’t changed much, its ability to communicate both with humans (humanoids) and machines provides the rebels with a useful resource.

Today, manufactures have created technology that speaks to other technology. We call it the Internet of Things, but really it is the next step in the use of technology for human utility. Like C-3PO, today’s connected machines communicate with other machines to get them to perform tasks that humans traditionally have had to do. This automation is at the center of many of today’s most innovative technologies.

R2-D2, too, is well equipped in its ability to communicate. When it fixed the hyperdrive on the Millennium Falcon, it was a form of utility computing. Today’s smart technology solves problems and pushes notifications to a control hub of some sort (typically a handheld smartphone) to make human lives easier. Since there aren’t a lot of people that understand the beep-beep-boop of R2-D2, they also translate the binary information into easily understandable updates that are pushed to our devices.

(Note: I use the pronoun “it” because these are machines, not men, a mistake that many fans of the movies would argue against, but this leads us to our next point…)

How Artificial Are Droid’s Intelligence?
Clearly, any consideration of this makes this is a trick question. Their sentience (and the fact that they both actually had humans at the controls of their characters) portray them as relatable beings. The droid duo (and later BB-8 and K-2SO) are largely used as high-brow comic relief in a story about civil war and a family that has been relentlessly torn apart, but what is their true function in the context of the universe?

The smaller droids are astromech droids. Having been designed to be utilized on a starfighter, diagnosing (and fixing) mechanical and computer issues in what are very complex machines. There is a reason that R2-D2 is able to fix a problem that both Chewbacca and Han Solo couldn’t fix, in seconds. It’s because it has the ability to learn how to adjust to situations over time. Throughout the course of the movies, it’s evident that these droids learn and are able to solve problems quickly, much to the benefit to the humans (and humanoids) in the story.

With the big data boom and the enhanced A.I. systems now being put into products, they are now able to make adjustments on the fly. While today’s systems may not be as advanced as the astromech droids, their utility is undeniable. From the smart fridge that tells you you are out of milk, to the vacuum cleaner that maps your home so that it doesn’t get stuck, to the security system that provides users real-time monitoring through an app on their phone, the Internet of Things is automating systems for human utility.

The Twenty-First Century Force
If there is one definable characteristic of the Star Wars movies, it is the use of the Force. The Force as described by Wookieepedia is: “…an energy field that connected everything in the galaxy and was created by all living entities.” The Force, while being kind of a mystical, biological concept, demonstrates ubiquity quite nicely. For decades, the Force has been compared to Duct Tape: it has a light side, a dark side, and it holds the whole universe together, but as it is explained in The Phantom Menace, there are things called midichlorians that live in the cells of all living things that connect everything to everything else.

This kind of ubiquity is the goal of some. Nanotechnology engineers are creating smaller and smaller machines, and with the technology to alter the molecular makeup for utility, it is only a matter of time before the technology will be available to make connected machines that work to alter matter at its foundations. This level of ubiquity isn’t imminent, but you could see machines manufactured by the billions, fighting cancer, making materials stronger or more flexible, and customizable through the use of a force of human making.

Star Wars gave people inspiration to imagine a better world, and much of that imagination has been fulfilled. Do you think the Internet of Things is important? Do you see it becoming something that allows for fundamental changes to the world around us? Leave your thoughts in the comments below, and May the fourth be with you.