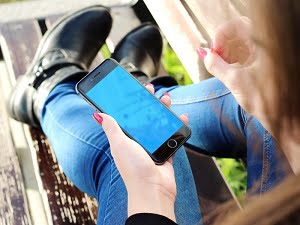 People like and tend to gravitate to Apple products because the company has gone to great lengths to make their products are highly secure.

Sure, you pay more for them, but most people justify the added expense because a) they look better and are better designed than competing products and b) they’ve got a reputation for being more secure.

Unfortunately, even the most secure technology isn’t immune to hacking and other problems.  In the not so distant past, we’ve seen reports of clever hackers finding ways of bricking Apple smartphones and causing other types of mayhem.  One of the more recent iterations of this involved a bug in Apple’s iMessage system. The bug allowed hackers to send a carefully crafted message that made heavy use of special characters that could turn an expensive iPhone into a paperweight.

Sadly, a similar problem has recently surfaced, and once again, it centers around the iMessage service.  The issue was discovered by Natalie Silvanovich, a Google Project Zero researcher, who had this to say about her discovery:

If you receive a message like this, the only way to get your phone back is to do a factory reset, which of course, results in all data on your phone being wiped (unless you’ve made a backup).

The good news is that Apple has already issued a fix for this issue, in iOS 12.3, released on May 13 of this year.  If you aren’t regularly in the habit of downloading the latest updates, you’ll want to make an exception in this case.