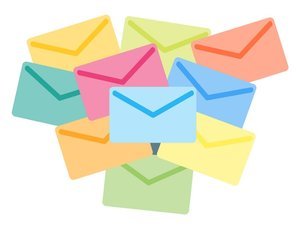 Back in October, Microsoft issued an update for Windows 10 that was a bit of a disaster.  It wound up deleting some user files and sparked a completely justified outrage.  The company pulled the update back, taking it offline so more people wouldn’t be impacted. Then they recently re-released it, this time, without the file deletions.

Unfortunately, that wasn’t the first time the company had stumbled where updates were concerned.  In fact, many of Microsoft’s recent patches and updates have been problematic.  The company has promised to make changes in the way they’re doing things and to be more transparent about their processes.

They’ve taken a few preliminary steps in that direction. It hasn’t seemed to help, at least not based on their rollout of a recent patch designed to “fix” Outlook 2010.

The November 13 security update, Kb4461529 addressed several flaws and vulnerabilities.  In one instance, however, the company addressed a security flaw which would allow a hacker to remotely execute code via a specially crafted Word document.  The company’s “fix” to protect Outlook 2010 users was to simply disable the program entirely.

Needless to say, Outlook 2010 users were not amused. To make matters worse, Microsoft advised users not to uninstall the patch, but rather, to wait for the next patch (released on November 21st).  That patch, KB4461585, the company promised would fix the crashing issue.

Sure enough, the second patch worked as advertised, but sadly, people who took Microsoft’s advice were without their email for two weeks and that’s simply unacceptable.

All companies stumble.  All companies make mistakes.  That’s inevitable.  Unfortunately, Microsoft can’t seem to stay out of its own way where patches and security updates are concerned.  The last several months have been a parade of blunders.  Here’s hoping the company can identify the flaw in its process sooner, rather than later.  For all our sakes.