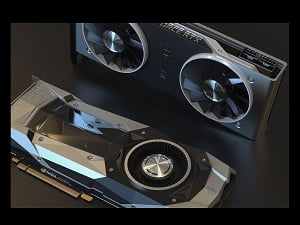 If you’ve got an NVIDIA graphics card in your PC, and odds are pretty good that you do, be aware that the company recently released a security update.

It patches a number of high severity vulnerabilities in the Windows GPU display driver that could allow a hacker to gain complete control over your system via escalation of privileges.

If there’s a silver lining to be found in the announcement, it lies in the fact that all of the security flaws NVIDIA addressed require local access to exploit. So a hacker would first have to establish a beachhead on your system before exploiting the flaws. Even so, for a determined hacker, that’s not much of an impediment, so patching the system should be considered a priority.

Here’s a quick overview of the issues the latest patch addresses:

The first three are all scored 7.8 out of 10 in terms of severity, while the last one is scored 4.4 because it’s somewhat harder for a hacker to exploit. In any case, these are all serious issues that put your system at risk, so be sure your team knows to make installing the latest patch from NVIDIA a priority. It’s always better to be safe than sorry.