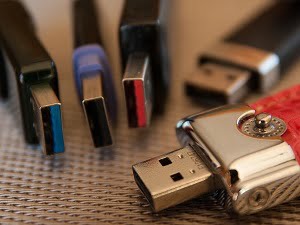 USB four has been in the pipeline for quite some time now.

Finally, in the second half of 2020, we’ll start seeing devices coming to market that take advantage of the new and improved technology.  Based on Thunderbolt 3 technology, the latest iteration of the tech will boast transfer speeds of up to 40 Gigabytes Per Second.

Currently, those kinds of blazing fast transfer speeds are only available to people who own high-end MacBook Pros and similar devices.

That’s great news all around because it represents an improvement of more than 100 percent in transfer speed, as compared to the current standard, USB 3.2. Of special note, many consumers are still using older computers with an even earlier version of the USB standard, so their speed increases will be even greater.

The promise of such a significant boost in speed more widely available will have ripple effects that will be felt through the entire industry.  As devices making use of USB 4 become increasingly common, people will naturally come to gravitate toward USB-C connector cables, which require USB4 to work.  As that happens, the older USB-A and USB-B connectors will simply fall out of favor and eventually, will stop being produced altogether.

According to the USB-IF, the three key advantages of the new technology are:

One wrinkle to be aware of is this:  Thunderbolt 3 on today’s MacBook Pros uses its USB-C ports, but there’s no guarantee that a future USB4 port will support a Thunderbolt peripheral, despite that Thunderbolt 3 has been woven into USB4.  Something to be mindful of as we march forward into a USB4 future.