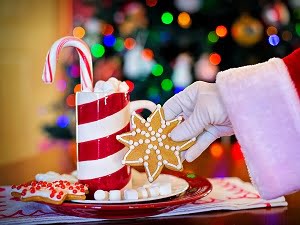 The 2019 Holiday Season is officially upon us, and unfortunately, that means that scammers around the world are ramping up for another busy season.

Deals are abound on Black Friday and Cyber Monday. Sadly, those two big shopping days mark the beginning of a mad sprint to push out as many shopping-related scams as possible.

Researchers at ZeroFOX have been monitoring the online retail landscape and have identified more than 60,000 potential scams, most of them aimed at mundane product categories that are not categorized as luxury items.  Among the most common scams on tap this year are fake promotions that promise gift cards, discounts that sound too good to be true, or coupons that promise a drastic price reduction on a popular holiday item.

Before you fill out the capture box and give away a wide range of details about yourself, stop and think. Ask how it might be used against you later on, and if it’s worth the promise of (not guaranteed) the generous discount on a single consumer good you’ve got your eye on.  If you stop to think about it in those terms, you’ll find that the answer to that question is almost always a resounding no.

Be especially wary of any ad leveraging any of the following hashtags:

While many legitimate merchants use these, scammers know this and won’t hesitate to leverage them this holiday season.  Stay alert.  Stay vigilant.  Guard your data.  Those are the keys to a safe holiday season this year.