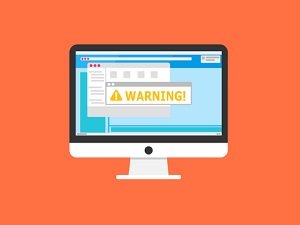 There’s a new strain of ransomware making the rounds, and it’s a nasty piece of work. Called Phobos by its creators, the latest threat on the ransomware scene first made an appearance in December of 2018.

While details are sketchy, what we know so far about it is grim indeed.

Researchers at CoveWare have been dissecting and sifting through the code, and they’re finding a number of similarities with the Dharma strain of ransomware, which has plagued businesses around the world in recent years.

It would be a mistake, however, to call it a Dharma clone.  Phobos also contains elements of the CrySiS ransomware.  While CrySiS is itself a relative of Dharma, Phobos deserves recognition as its own variant, as it combines features and functionality in a new way.

At the end of the day though, it still spells bad news for business owners.  Anyone unfortunate enough to have their system infected by the malware will find all their files encrypted, their extensions changed to .phobos, and will receive a popup message demanding payment in Bitcoin to get their files back.

Dharma has the distinction of having been named one of the most damaging families of ransomware in 2018, so the Phobos strain is something that needs to be taken seriously.

As ever, vigilance is the best defense against these types of attacks, which generally find their way into corporate systems due to a momentary lack of awareness on the part of an employee.  In addition to education and awareness, IT managers can also take the step of securing their RDP ports and ensuring that all business-critical files are backed up on a regular basis.

Last but not least, it’s essential that your IT staff tests those backups at regular intervals to ensure they can get your system back up and running fast.  While none of the above will outright prevent an attack, taken together, they will serve to minimize the impact of a successful attack against your company.