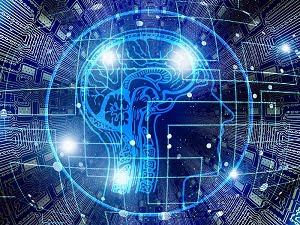 Over the years, Facebook has made several high-profile acquisitions, with one of their most recent being the acquisition of Oculus Rift for a staggering two billion dollars.  Now, rumors are swirling that the company is on track to buy another innovative startup, CTRL-Labs. They are the makers of an innovative device worn at the wrist that uses brain waves to allow users to control electronic devices.

Estimates are that the social media giant will pay between $500 million and a cool one billion dollars to acquire the company, which is one of a number of startups creating BMIs, (Brain Machine Interfaces).

What’s interesting about the offering by CTRL-Labs is that their product is worn on the wrist, while most of their competitors rely on devices worn on the head. In a few cases, they require chips to be physically implanted in the brains of those who want to use their tech.

In this regard, what CTRL-Labs is offering borrows from two different technologies that have been featured on TED talks in recent years:  Pranav Mistry’s “Sixth Sense” technology (which translates gestures into commands that a computer can understand) and the Emotive headset, which scans your brain for changes and translates those signals into commands.

Honestly the industry is still too small and the technologies are too unrefined to know for certain whose products will wind up being adopted as the de facto standard.  However, the fact that Facebook is placing a large bet on the industry is a powerful indication that these types of technologies (whatever form they ultimately take) are the future.

It’s a long-term bet, to be sure.  Although there are products you can buy today, they only offer limited functionality and it will be at least five years before we see a killer app for the new tech, but one way or another, the day is coming when we will indeed control computers with our brains.