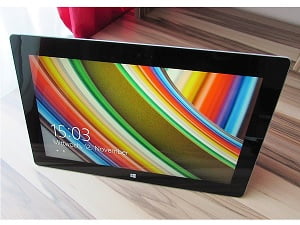 There’s another chapter in the ongoing MS Paint saga.

In case you missed the first part of the story, several months ago, Microsoft upset its user base when a Windows 10 Build took Paint out of the equation. They replaced it with an updated version of the software that supported 3D effects and other advanced features.

They made the original Paint, which has been part of the Windows ecosystem since the earliest versions, available as an optional download.

The program was never that good or the best in class, so the company was astounded by the blowback that followed.  The company’s massive user base revolted, and Microsoft quickly backed away from their original plan to retire it, stating that they’d revisit the issue at a later date.

Now seems to be that ‘later date’ the company was referring to.  Windows Insiders spotted a change that foretells an ominous future for the venerable piece of code.  In all prior versions of Windows, it was impossible to uninstall either WordPad or Paint, but in the latest build, both are listed as optional features. As such, they can be uninstalled if the user wishes.

This is the same basic arc the company used to slowly get rid of Windows Media Player. Fans of paint (and it has legions of fans, apparently) fear that the old art program is destined to meet a similar fate. This goes along with WordPad, which has a significantly smaller fan following and isn’t causing as much of an uproar.

Microsoft continues to try to assure users that the original paint will be made freely available in the Microsoft Store for anyone who wants it, but fans of the old program are not satisfied.  Admittedly, although a small thing, the eventual loss of Paint will feel like the end of an era.