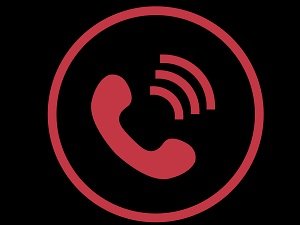 Recently, the company announced a significant feature addition that will allow users to take calls made to an Android phone from their Windows-based PC.

The new feature is currently only available to Windows Insiders for testing, but will be generally available to all users in an upcoming build in the unspecified, but not too distant future.  It makes use of your PCs speakers, microphone and computer screen. Using the new feature, you’ll be able to answer an incoming call from your PC, decline calls from the PC with a custom text, transfer calls between your PC and Android phone, and access your recent call history.

In order to make use of the feature, three conditions must be true:  You must be using Windows 10 Build 19H1, version 1903 or higher, and the Android phone must be running version 7.0 Nougat or higher.  In addition to that, the PC needs to have Bluetooth radio installed. Once those conditions are met, you’re all set and can turn your trusty PC into a substitute for your Android phone.

Initially, when news of the feature first leaked, it was to be available only to certain Samsung Galaxy devices. However, in the weeks since the leak, Microsoft has broadened their horizons, although a few of the features are still exclusive to Samsung’s phones.  How long that remains true is yet to be determined.

In any case, it’s a good move and a genuinely valuable addition to Windows 10’s capabilities, allowing Windows/Android users to communicate in new ways and more efficiently, to boot.  Kudos to Microsoft and Google for bridging the divide, and if you’re not a Windows Insider, stay tuned.  You’ll be able to experiment with the new functionality before you know it.