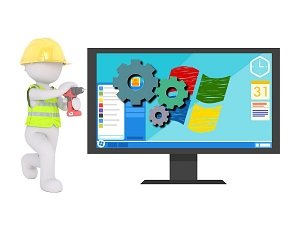 The document reads, in part, as follows:

This newly discovered bug has been acknowledged as being present in the following versions of Windows:

If this issue had primarily impacted the PCs of your employees, it would be problematic but wouldn’t necessarily bring your operation to a grinding halt. Although let’s face it, nobody likes dealing with a slow computer. Take a second look at the list above.  This is a problem that overwhelmingly impacts the server side of things, and significant slowdowns there can have serious repercussions to every aspect of your business.

Unfortunately, there has been no word yet from Microsoft about when the issue will be resolved. You can bet that they’ll be interested in keeping their Enterprise customers happy, so this one is almost certainly to be given top priority.

We do know that the company is aware of it and working on a fix. In a related vein, the company also recently announced that future versions will include additional optimizations in the startup path of the OS.  Although we would prefer having a predictable timeframe for the fix of this issue, we are pleased to hear about the additional startup optimizations.  Stay tuned for additional developments.