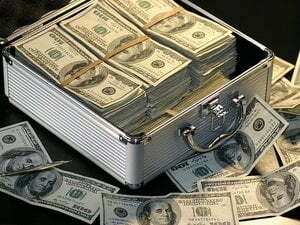 It’s official, Apple now has company in the Trillion Dollar Club as Amazon’s stock surged past $2,000, briefly pushing the company’s total value to just over the trillion-dollar mark.

This makes the company’s CEO Jeff Bezos the richest person in the world, with a net worth estimated at around $166 billion dollars.

Amazon started out as just another internet company struggling to turn a profit. Over the years, however, the company has become a true retail powerhouse, and a disruptive force in the industry.

Some analysts predict that the company’s stock price is poised to climb even higher. Brian Nowak, (an analyst at Morgan Stanley) cities some reasons for his continued optimism. These include the company’s rapid growth, their improving business mix and their profit potential. Overall, Amazon’s total value only trails Apple’s by about $100 billion.

The last twelve months have been kind to Amazon, and the company has seen its stock price surge nearly 75 percent. The company is aggressively expanding into new businesses and finding success in doing so, which is exciting investors. Last year, for example, Amazon purchased Whole Foods Market for $13.7 billion, and recently acquired the online pharmacy, PillPack.

Although there are a number of analysts who are excited by the stock’s future prospects, there is also some cause for concern. At current prices, the stock is trading at nearly 100 times earnings, which is nearly five times the broader market’s P/E ratio of 21. Then there’s the considerable risk that Amazon may suffer from a regulatory crackdown, given its size and dominance in the market.

Even so, it’s great news, and even better if you already own Amazon stock!