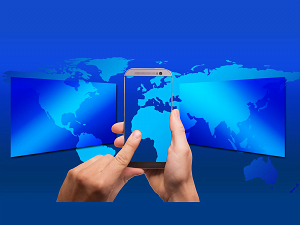 Wireless connectivity is becoming a victim of its own success.

Every year, the appetite for bandwidth grows, but of course, there’s only so much to go around.

The recent shelter in place orders that have been issued by countries around the world has only added to the increasingly crowded spectrum.

Even without that, based on research conducted by Cisco, nearly 60 percent of global mobile data traffic is going to be handled by the WiFi spectrum, which is in dire need of expansion.

That’s exactly why the FCC has drafted new rules and will soon be voting on expanding the available spectrum to include an additional 1200 megahertz available for unlicensed use. The new rules, if adopted, would expand the spectrum available for WiFi by nearly a factor of five, which is absolutely game changing.

FCC chairman Ajit Pai had this to say about the new rules:

“From Wi-Fi routers to home appliances, Americans’ everyday use of devices that connect to the internet over unlicensed spectrum has exploded. That trend will only continue. (This new proposal) will enable significant new capacity, ensuring a solid future growth path for the Wi-Fi ecosystem relied upon by millions of homes and businesses.”

This is great news, but it’s not the first time that the FCC has floated the idea of expanding the spectrum. In 2018, the agency considered opening up the 6GHz band but was met with resistance from users already on the spectrum band. The hope is that the new rules will be warmly received, thanks to provisions aimed at protecting licensed users already on that band.

Time will tell. The next full meeting of the FCC is slated for April 23 and a vote will be held at that time. Here’s hoping the WiFi spectrum is about to get a whole lot bigger!