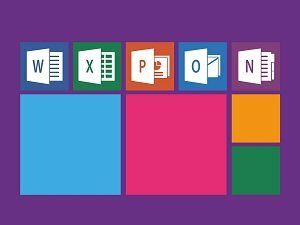 Recently, Netflix announced that it was scaling back its streaming speeds to better handle the increased load brought on by millions of people around the world sitting at home due to the threat of the Corona Virus. Netflix isn’t the only company making such moves.

Recently, Microsoft announced a raft of new and temporary changes to various Office 365 services designed to adjust to the growing legions of new Office 365 signups the company has seen as millions of people work from home. The changes impact OneNote, SharePoint and Stream.

The changes are as follows:

Where OneNote is concerned, OneNote in Teams will be read-only for commercial tenants, excluding EDU. Users can go to OneNote for the web to edit their notes.

For SharePoint, the company is rescheduling specific back-end operations to regional evening and weekend business hours. Impacted capabilities include migration, DLP and delays in file management after uploading a new file, video or image. Video playback resolution is also being reduced for the time being.

Finally, where Stream is concerned, the People timeline has been disabled for newly uploaded videos. Pre-existing videos are not impacted by this change. Also note that Meeting recording video resolution has been adjusted to 720p.

In tandem with the recent announcement, a Microsoft spokesman had this to say:

“Microsoft is actively monitoring performance and usage trends to ensure we’re optimizing service for our customers worldwide, and accommodating new growth and demand. At the same time, these are unprecedented times and we’re also looking at what steps we can take to proactively prepare for these high-usage periods.”

Although there may be a bit of grumbling about the changes, the general sense is that the company is taking a responsible, measured approach here. This approach ensures that these services remain viable for everyone in the weeks and months ahead. Just be aware of them so you’re not taken by surprise.