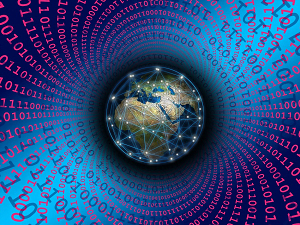 The Akamai Corporation reported a major outage on Thursday (7/22/2021) that caused major disruptions on the internet in the United States for a period of several hours. A tweet from the company confirmed that the outage was caused by a software update. The update triggered a bug in the DNS system which caused the outage.

The good news is that the outage was not the result of a hack as had initially been feared.

The outage impacted a number of high-profile companies in the US, including:

The websites owned by these companies simply displayed “DNS error” messages during the course of the outage. This prevented customers who rely on those sites from being able to access needed data.

The bug was tracked back to its source and the issue corrected. All of the companies that had been impacted now report that their sites are working properly.

This latest incident only serves to underscore how fragile the internet is. There have been a number of high-profile attacks so far this year that have targeted critical infrastructure like the main gas pipeline that serves the Southeastern United States.

Given that information it is understandable that many who witnessed the outage in real time were concerned that it may have been caused by hackers seeking to bring down large portions of the web. Fortunately that proved not to be the case in this instance. We may not be so lucky next time.

This incident also underscores the importance of having robust backup plans prior to applying updates to critical infrastructure. Had that been done in this case the outage may well have been avoided.

Akamai has apologized for the scare and any inconvenience the outage may have caused and we can all now breathe a collective sigh of relief. At least for now.