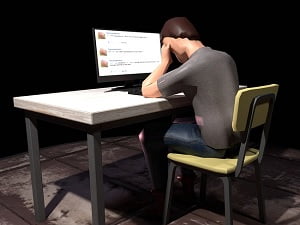 There is a new highly unusual and potentially embarrassing strain of malware that you need to be aware of.

It has been dubbed BIOPASS by the Trend Micro researchers who first discovered it. The new malware will live stream your computer activities all while allowing the whole world to tune in and watch whatever you happen to be doing.

The hackers responsible for BIOPASS recently compromised a number of online gambling sites and are using them to infect unsuspecting victims if they venture onto the online support chat page of a compromised gambling site.

At the root BIOPASS is a Remote Access Trojan. Despite its unusual live streaming feature it can do everything that most RATs can do. So once it has found its way onto your computer in addition to potentially embarrassing you the hackers controlling it can make off with a wide range of personal and sensitive data on your system.

Trend Micro had this to say bout the newly discovered threat:

“If the script confirms that the visitor has not yet been infected, it will then replace the original page content with the attackers’ own content. The new page will show an error message with an accompanying instruction telling website visitors to download either a Flash installer or a Silverlight installer, both of which are malicious loaders.”

This is a serious threat. According to Trend the malicious code is actively being refined and further developed. At this point there’s no clear indication exactly who is behind the code. The researchers said that it was most likely the work of a well-heeled Chinese hacking group called Winnti also known as APT41.

If you or anyone you know frequents online gambling sites be especially vigilant or the whole world might get a first hand look at whatever you’re doing on your computer.