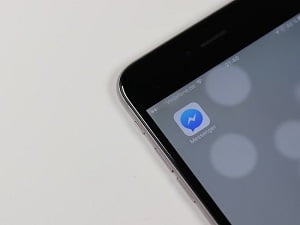 Several months ago, Facebook announced a new feature that would be coming soon to Messenger.

Initially, the company didn’t set a timetable for the often asked for delete functionality, but it recently made its way into the code base and is now ready for use. Granted, it’s got limitations, but is a big step in the right direction that was long awaited.

The new feature allows you to delete messages from a conversation after you’ve sent them. This is in the event that you had a change of heart about the message you sent, or in cases where you sent a message to the wrong person.

On your smart device, deleting a message is as simple as tapping it and selecting either the “Remove for You” or “Remove for Everyone” options that now appear on the menu. However, there’s a catch:  You’ve only got a ten-minute window to decide to take it back.  After that, it’s part of the permanent record. In addition, people may take screenshots of your message before you can delete the text.

The feature is modeled after an Admin-level power that CEO Mark Zuckerberg has.  While he can set his messages up to expire over time, your powers are a good deal more limited. It’s still a useful feature indeed, although the company has received some flak for what many see as unfair, preferential treatment. They’re accused of giving company higher-ups more powers than the rank and file users of the system.

As for Zuckerberg, he’s unapologetic that his powers are greater than the one rolled out to the general user base, citing an increase in security concerns on the heels of the Sony Pictures email hacks that occurred in 2014.

While most people see it as a weak justification, there’s little that can be done.  Here’s hoping that the company eventually expands the functionality of the new feature. In the meantime, it stands as a good start.