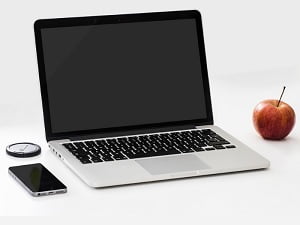 An independent security researcher named Henze has discovered a potentially devastating macOS exploit that’s been dubbed Keychain, and he has posted a video demonstrating it in action. Henze has discovered other vulnerabilities in the past, so Apple was quick to take note. Here’s the problem, though: he’s frustrated that Apple’s Bug Bounty program only applies to bugs found in iOS and doesn’t include macOS.

So, he’s decided not to provide the company with the full details of the newly discovered flaw. Based on the video, we know that the exploit does not require admin privileges, nor does it matter if Access Control Lists have been established.  Rumor has it that it can even defeat a system that has System Integrity Protection enabled.

Apparently, the exploit is capable of accessing anything in both the “login” and “System” keychains, but the iCloud chain is apparently not affected, given that it stores data in a different way.

Apple has made no formal statement about the exploit, so it’s unclear if a fix is in the works. Even if it is, there has been no indication of a timeframe when it might be ready for rollout.

In the meantime, however, users can protect themselves from this type of an attack by locking the login Keychain with an additional password.  This, however, is not the default configuration and is highly inconvenient.

Is it worth it?  The short answer is maybe.  As of now, the exploit has apparently not been used in the wild. Given the presence of the video, it’s incredibly likely that hackers will be able to glean enough information to reproduce it, build an attack around it and begin using it.  How long that takes is anyone’s guess, so in the immediate future, there’s probably no need to worry about it. However, the more time that passes without a fix, such a step might be more worthwhile.