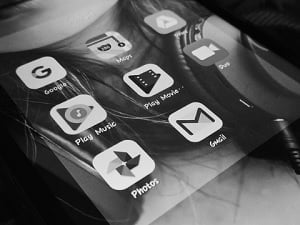 Google has recently announced a trio of new features for Gmail users that are going into place immediately, and may in fact be available for use by the time you read this article.  Here are the details:

One of the first things you’ll notice is a new strikethrough button, visible when you’re composing.  You’ll find it on the right-hand side of the menu.

Per Google’s statement about the new additions, “Strikethrough is a visual cue that something has been completed or can be used as an edit suggestion.  We’ve heard from you that this functionality is critical to quickly and efficiently write emails, especially when you want to visually indicate a change in language.”

In a similar vein where edits are concerned, the company is also introducing an “Undo/Redo” button, which will allow Gmail’s email compose screen to function more like a conventional word processor.  Undo/Redo is incredibly handy in those instances where you intended to copy a block of text and deleted it by mistake instead.

Finally, the company is now allowing its users to download their emails as EML files for remote or offline viewing.  EML files are compatible with most major email clients, leaving open the possibility of sending them in batches to yourself or someone else who is authorized to received them.  The download can be accomplished by clicking on the three dot menu and selecting “Download Message” at the bottom of the menu.

Again, by the time you read this article, the changes may already be in place for all Gmail and GSuite users, so be sure to check them out to see if you find them helpful.

The early buzz is quite positive for all three changes, with the Strikethrough functionality having been on several people’s wish lists for quite some time.  Kudos to Google for listening to their user base and making the changes.