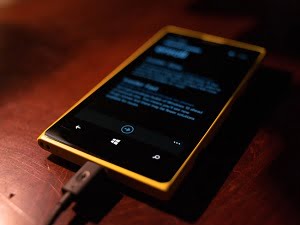 If you were one of the people who decided to give a Microsoft Windows Phone a try back when the company was still attempting to get into the market, this is a reminder that the company plans to end all support for the platform by December 10th, 2019.  There’s still plenty of time to switch to some other device, but the clock is ticking, so be sure you keep it on your radar and get a replacement at your next available opportunity.

This isn’t exactly news, given that the company initially made the announcement more than a year ago.  However, in the hustle and bustle of growing a thriving business, it’s also true that this detail is easy to overlook, which is why you’ll probably be seeing articles like this one from time to time over the next several months.

As with most end of support announcements, there are a few wrinkles to be aware of.  For instance, it’s possible that you can get an extension for support beyond the December 10th deadline, but you’ll have to pay for it.  In addition to that, the company has revealed that they will continue supporting device backups for some apps, although they have not been named at this point.  In cases where it applies, backup support will continue for twelve months beyond the December 10th deadline.

In case you’re thinking that the company might have a change of heart, their formal statement about end of support reads as follows:

“With the Windows 10 Mobile OS end of support, we recommend that customers move to a supported Android or iOS device.  Microsoft’s mission statement to empower every person and every organization on the planet to achieve more compels us to support our Mobile apps on those platforms and devices.”

That amounts to complete capitulation.  They’re getting out of the market for good, so there’s nothing to be gained by hanging onto your phone.