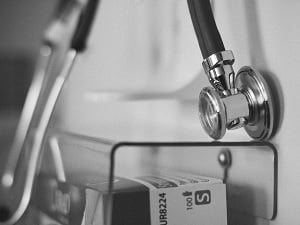 In the early days of the pandemic, several major groups of hackers pledged that their activities would not be aimed at institutions that were engaged in vaccine research.

There was at least one high profile instance where the agreement was violated, but for the most part, the hackers kept their word. Research facilities were left largely alone. A bit later, there were some attacks launched against research groups.

The evidence suggests that these attacks were conducted by groups backed by nation-states; rival nations attempting to jumpstart their own vaccine development.

Although there was a window of time where hackers left research organizations alone, the healthcare sector as a whole has become an increasingly attractive target for hackers around the world. It’s easy to understand why. After all, personally identifiable patient information as easily as valuable as credit card information, and often even more so. Then there’s the fact that patient information also contain payment card data on top of all the other juicy tidbits a hacker can easily gain access to.

During the holiday season in late 2020, a massive number of people passed through the nation’s airports, indicating that the CDC’s plea to stay home and keep holiday celebrations small fell on deaf ears.

That is now beginning to translate into a massive surge in covid-related hospitalizations, which makes hospitals and healthcare companies connected to them all the more tempting as targets. That is why we’re seeing an similar surge in attacks against those types of institutions. In fact, since November, according to data collected by Check Point, attacks are up more than 45 percent.

If your company is in any way connected to the healthcare industry, it pays to be mindful that you are at more risk now than you have been in previous months. Stay vigilant. Things are likely to get worse before they start getting better.