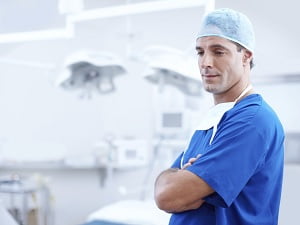 The year 2017 was an eternity ago in internet time, but back in those ancient days, there was one name in the ransomware world that sent tremors of terror down everyone’s spine.

That word was Cerber. As one of the first bits of malicious code to be utilized as “ransomware as a service,” it quickly became the most widely used ransomware strain on the planet.

Back then, ransoms were demanded in the hundreds of dollars, so by today’s standards, Cerber wasn’t nearly the existential threat that many of today’s ransomware strains are, but during its prime, it was certainly viewed as a force to be reckoned with, and was once responsible for 90 percent of all ransomware attacks made against Windows-based systems.

By 2018 the world had moved on, and there were a wide range of other, shiny new things that drew hackers’ attention, and Cerber’s star began to fade. By the beginning of 2019 it was effectively dead, with no reported instances of its use anywhere.

The year 2020 proved that everything old is eventually new again, however. Somewhat unexpectedly, Cerber reared its fearsome head again and began finding an audience among the hackers of the world.

The malware’s developers had used the time well and updated their code to bring it up to par with more modern ransomware strains. That, combined with the fact that the code is still being used “as a service” made it very easy for it to find a willing audience and its previous reputation certainly helped.

Although Cerber didn’t boast 90 percent of all Windows-based ransomware attacks in 2020, it did manage to capture 58 percent of them. That is impressive given that the year before it was essentially a non-entity.

While no one can say with any certainty what 2021 will hold, if the past is any guide, Cerber will probably shine brightly for a while, then vanish, only to reappear again in another year or two. In the meanwhile, stay on your guard. It’s definitely not a threat to be taken lightly.