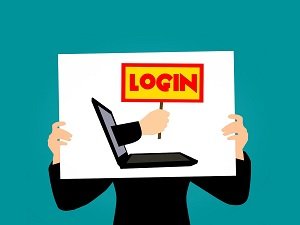 If you’re a regular Facebook user, you probably just stay logged in so you can quickly get updates about what’s going on in your social circle. Or, if you use it primarily for business, so you can save a step when it comes time to post an update about your company or brand.

Recently, however, Facebook mass logged users out of its system, which many users found to be jarring and unexpected.

The mass logout occurred on January 22nd at 8:30 PM EST. At that point, all users who were currently logged in received a message stating “Session Expired. Please login again.”

Unfortunately, since so many people just stay logged in constantly, this led to some unexpected backlash as a significant percentage of users didn’t remember their passwords. Some users were able to log back in with a click, but others had to enter their passwords. Many of these took to Twitter to vent their frustrations, prompting a formal response from Facebook, which reads in part as follows:

“We’re looking into reports that some people are currently having to login again to access their Facebook accounts. We believe this was due to a configuration change and we’re working to get things back to normal as quickly as possible.”

As frustrating as it may have been, it’s certainly not the end of the world, and the vast majority of users resolved it simply by resetting their passwords and logging back in. Nonetheless, the incident underscores just how important social media has become in our lives.

Facebook, Twitter and the rest of the social media ecosystem have woven their way deep into the fabric of everyday life and living for tens, if not hundreds of millions of people around the world. They rely on it to keep in touch with loved ones, share, communicate, and market.

Even small, innocuous changes can lead to ripple effects that can cause frustration or even panic. In any case, kudos to Facebook for getting to the bottom of the matter. If you’re one of the legions of users who forgot your password, here’s hoping you didn’t have too much trouble getting logged back in.