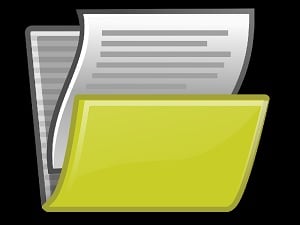 It makes sense in a Windows environment because it allows attackers to disguise their payloads as an innocent, standard file type.

In terms of scope and scale, the Trustwave researchers have noted a 6 percent increase in 2019 of this particular attack vector. It is noteworthy enough to be of genuine concern, especially given the fact that .ISO files are often overlooked by antivirus software. That makes it more likely that attackers can deliver their payload undetected.

In one particular campaign unearthed by the researchers, the attackers sent an email that appeared to come from FedEx and offered package tracking information. This was in an attempt to trick recipients into clicking on a file to gain additional information about an incoming package. Of course, the package didn’t actually exist, and clicking on the (.ISO) file installed a malicious payload on the victim’s computer.

It should be noted that .ISO files are not the only image file used in this way. Trustwave also reports a modest uptick in the use of Direct Access Archive (DAA) files. Use of DAA files for the purpose of delivering malware is seen as being somewhat less efficient and effective than using the .ISO format. That’s because specialized software is required to open a .DAA file.

Nonetheless, if a hacking group has done their due diligence and knows the software is installed on a target computer, the DAA file represents another possible inroad that’s likely to go undetected.

Hackers are becoming increasingly inventive, using old tricks mixed with new to infect target systems, making it more difficult than ever for harried IT managers to keep their networks safe. Stay on high alert. The threat landscape is more unpredictable than ever.