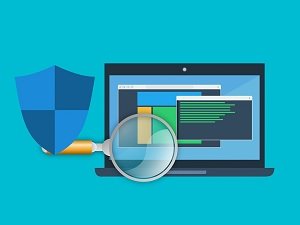 If you’re still using Windows 7, you probably already know that Microsoft recently threw users of some of it’s older operating systems a bone when they issued a rare, emergency security patch designed to better protect their systems. Unfortunately, there’s a problem. According to the UK security firm Sophos, and backed up by sporadic user reports, installing the new patch creates conflicts on startup with a number of antivirus programs.

This is causing some systems to freeze on restart, getting stuck  at about 30 percent into the configuration process.

Microsoft has acknowledged the issue in a bulletin, which expands on Sophos’ findings. The bulletin revealed that what the company is describing as a “glitch” also impacts Windows Server 2008 R2 users and the patch causes problems for users who have McAfee Endpoint Security Threat Prevention 10.x, McAfee VirusScan Enterprise 8.8, and McAfee Host Intrusion Prevention 8.0.

Sophos reports that they’re working with Microsoft to resolve the issue, but to this point, no time frame for resolution has been given. Although at present, the company has not listed the problem as a known issue on their site.

This puts Windows 7 and Windows Server 2008 R2 users in a tricky spot.  The recent security patch is critical. It closes the door on a wide range of high severity security issues, making it much more difficult for hackers to gain unauthorized access.  On the other hand, if it doesn’t work with the antivirus programs you’re using, installing it might give you pause.

Microsoft has offered no guidance on this point, so each business owner and department manager will have to weigh the risks and proceed accordingly.  Just know that the company is actively working to resolve the issue, and when they do, you’ll have at least a bit more protection. Although again, if you haven’t already begun making plans to migrate away from your older operating system, the time is now.