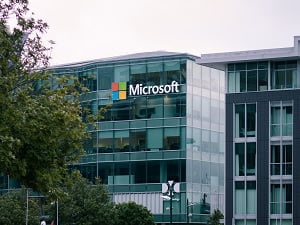 Eleven years ago, Microsoft embarked on a bold experiment to emulate Apple. They opened a number of brick and mortar retail stores. Unfortunately, their stores never caught on quite the same way that the Apple Store did, and the rise of the global pandemic only made matters worse for the tech giant. In light of these facts, on June 26, 2020, the company announced that they would be closing the vast majority of their physical stores.

They’re only keeping a handful, such as their flagship locations in London, New York, Sydney and Redmond. Those few that remain will be “re-imagined” per the company’s announcement as ‘experience centers.’ The company provided no additional details about exactly what that meant.

In tandem with the announcement, the company said that they will continue to employ retail salespeople. However, those that remain will be focused on sales, training and support for consumers, small business and enterprise customers. This builds on a move that the company had already begun making in response to the threat of Covid-19, which saw them deploy their existing retail sales force to provide remote training.

In terms of how this move impacts the company’s bottom line, Microsoft says that the closing of the bulk of their physical locations will result in a pre-tax charge of approximately $450 million, which works out to about $0.05 per share. This charge will be recorded in the current quarter which ends on June 30th, 2020.

In a recent update to the initial announcement, the company added that all employees will have the opportunity to stay with Microsoft in one capacity or another. So the company is not expecting to announce any layoffs as a consequence of this decision.

Given that Microsoft’s stores never had the effect the company wanted or expected out of them, combined with the ongoing difficulties presented by the pandemic, this move can’t be seen as much of a surprise. Kudos to Microsoft for keeping their staff employed and transitioning them to other roles.