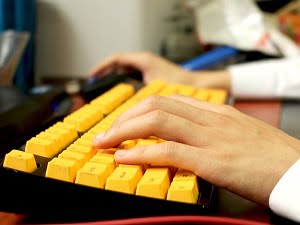 If you’ve installed Microsoft’s March 1st update for Windows 10, version 180G, be aware that a growing percentage of users are reporting performance issues that impact graphics quality and mouse movement. Granted, the issues seem to have the biggest impact on games, with gamers who play games like Destiny 2 and Call of Duty 4. Of course, performance issues are likely to crop up in a variety of other applications as well.

Microsoft engineers are tracking various discussion forums and Reddit threads where the issue surrounding the KB4482887 update is the topic. They have concluded that the biggest performance impacts come from users who are playing older games (upwards of ten years old), but don’t seem to impact people who play newer games nearly as much, which is curious to say the least.

It’s not at all surprising that gamers are the first to report performance issues.  After all, gaming tends to demand quite a lot from a computer system’s resources in ways that mucking around in a spreadsheet simply doesn’t.  Then there’s the fact that gamers live and die based on in-game lag and latency, so even small blips are very noticeable.  Even so, there are several resource intensive Enterprise applications that may suffer similar performance issues.

For their part, Microsoft is on the case and is currently scrambling to provide a fix for the update. Although to this point, they haven’t provided users with a timeframe for when it might be released.

This latest incident follows on the heels of several months’ worth of problematic Windows 10 updates which have left the company with egg on their faces and prompted them to revisit the way they handle QA/QC prior to the release of an update.

Despite the fact that they’ve been working hard to improve their approach, it seems clear that they’re not quite where they need to be yet.  If you haven’t installed the KB4482887 update yet, and you make frequent use of resource-intensive programs, it may be worth holding off until Microsoft issues an update to the update.