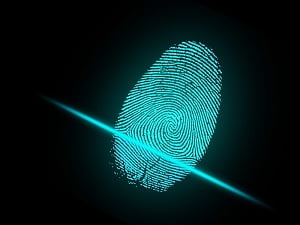 How big of a problem do you imagine identity theft to be?  What percentage of Americans do you think have been impacted by it? If you’re like most people, whatever number you selected probably underestimated its impact.  In a recent survey conducted by nCipher, it was discovered that nearly 29 percent (17.6 percent) of respondents admitted that their identities had been stolen.

As a percentage, that may not seem like all that much, although it’s certainly disturbing.  When you consider that the United States is home to some 330 million people, taking 17.6 percent of that yields the depressingly large number of 58,080,000.

Compare that figure to the 2017 estimate of 16.7 million instances of identity theft, and the rampant growth of this type of crime suddenly comes into striking and dismaying focus. If that wasn’t bad enough, a further 16.5 percent of survey respondents said that they had no idea whether they’d had their identity stolen or not.

It’s certainly not fair to conclude that all of the people in this group have had their identities stolen and simply aren’t aware of it.  The simple fact that such a large group of people seem to have little to no awareness of their digital footprint and who might have access to it is beyond disturbing.

The two biggest takeaways from the survey are these:

One: Identity theft is a rapidly growing crime that impacts tens of millions of Americans and it’s growing more common by the day.

Two: A shocking percentage of people have almost no awareness about how secure their digital footprint is, which means they have no real understanding of how to protect themselves from identity theft.

Given the rapid growth in this type of crime, it’s fair to say that sooner or later, most of the people in the second statistic will wind up as part of the first.  Make sure you’re not in either group!