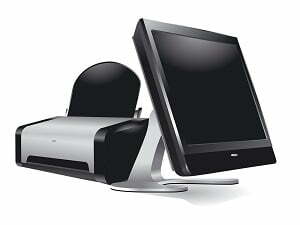 Let’s take a little time to talk about the vast numbers of smart devices in use around the world. You probably have several in your home or office. Smart devices need operating systems, just like your phone and your PC. Of course, mobile device operating systems must be much smaller and more compact. After all, they don’t really need to do a lot of computing, and they don’t need a GUI, so the code tends to be on the lean side.

The odds are excellent that you’ve never even heard of most of the IoT’s operating systems, nor the companies that make them. Take VxWorks by a company called Wind River, for example.  It’s the most popular Real Time Operating System (RTOS), used in a wide range of smart devices today.  They don’t get a lot of attention or oversight because almost nobody has heard of them.

That’s beginning to change, however.  Recently, security researchers disclosed the details of the “Urgent 11”, which are 11 vulnerabilities found in VxWorks that can be used by hackers to take control of a variety of devices. These devices range from medical systems to printers, industrial equipment, routers, and more.

The company has been in existence for 32 years. Yet, in that time, only 13 security flaws with a MITRE-assigned CVE have been found in the VxWorks RTOS, because again, nobody’s paying attention.

The good news is that when someone finally started paying attention, Wind River responded quickly and resolved all eleven of the security flaws, issuing a patch to correct them.  There’s just one rather significant catch, however.

All that to say, while Wind River is acting responsibly, there are an unknown number of other RTOS’ out there that are vulnerable. The companies behind them may be doing little or nothing about it.  In many ways, the OS ecosystem of the IoT is still very much a black box, and that’s troublesome.