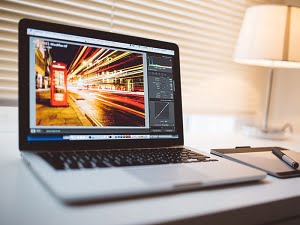 According to Apple, the 15 Inch MacBook Pros sold between September 2015 and February 2017 have a serious battery issue that makes them prone to fire.

When the company discovered the issue in June of this year (2019), they issued a recall and urged all MacBook Pro owners to check the serial number of their computers to see if the battery needs to be replaced.

Recently, the FAA (Federal Aviation Administration) concluded their own investigation into the matter and concluded that the issue was serious. So serious that the agency alerted all US airlines, pointing to the rules issued in 2016 that prohibit them from transporting any products that have been recalled over safety issues in either the cabin or as cargo until the products have been replaced or repaired.

The language could not have been clearer:  This is a ban on the impacted MacBook Pros.  If you’re a frequent flyer and you use one of the recalled MacBook Pros, be aware that it’s going to complicate your life the next time you fly unless you can prove that you’ve had the battery replaced and your computer is no longer a safety risk.

In terms of scope and scale, according to the US Consumer Product Safety Commission, Apple sold more than 400,000 of the impacted devices in the United States, and more than 26,000 of them in Canada.

This is certainly not the first time an issue like this has come up, nor is this the first time the FAA has issued a ban on a specific piece of equipment.  Back in 2016, Samsung’s Galaxy Note 7 received similar treatment after consumers began reporting that the phone’s lithium-ion batteries were prone to exploding or catching fire.  The issue got so bad that Samsung ultimately cancelled the device altogether and brought it back to the drawing board to rework.

In any case, if you own a MacBook Pro, it pays to head to Apple’s site and check the serial number to be safe.