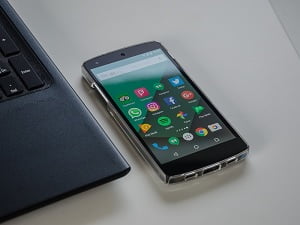 Security researchers at Sophos Labs have alerted Google to the presence of more than two dozen apps on the Play Store that are abusing a loophole in Google’s policies that allow them to charge hefty fees to unsuspecting users.  Here’s how it works: Many apps offer a free and a subscription-based service, and many of those allow users to try the full version of the app for a free trial period.

If they decide they don’t want to pay for the full version, they can cancel their subscription before the free trial ends and avoid any fees.

In many cases, the charges are modest. However, the worst abusers of this policy have hit unsuspecting users with charges amounting to hundreds of dollars for very simple apps like calculators, GIF creators or QR code readers.

Since being alerted to the issue, Google has removed more than half of the offending apps, but a few of them remain. Be sure you look closely at the terms of any app you install.  The last thing you want is to be hit with a hefty fee for what amounts to a moderately useful app.

It should be noted that the apps in question can, in no way, be described as malware.  They’re perfectly innocent apps that developers have built excessive, even predatory fees into.  Kudos to Google for taking a stand against the practice but we wish they had washed them all away.  As it stands, there are still a few bad actors on the Play Store, so be mindful of that.