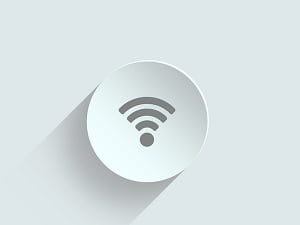 Most people don’t spend a lot of time thinking about standards or the organizations that maintain and push them forward.  Standards just aren’t very interesting, which is why they don’t get a lot of press time.  That’s exactly why when the Wi-Fi Alliance announced that they’re soon to be launching their new Wi-Fi 6 Certification Program, it didn’t make the headlines and most people didn’t notice.

It is a pretty big deal though, and it means good things for consumer devices and the people who use them. That is because the new standards translate into faster connection speeds and better, more seamless online experiences. People do tend to notice those kinds of things.

Theoretically, the boost Wi-Fi 6 brings to the table is huge, moving the theoretical maximum Wi-Fi connection speed from 3.5 Gbps to 9.6 Gbps. However, those numbers are largely meaningless because in the real world, consumers will never see either.

The most important thing to know about the new standard is that now that it’s available, companies will flock to get their products certified as being Wi-Fi 6 compatible. That means that all the new devices you’ll be seeing from this point forward will offer faster connections and major security improvements.

You won’t have to wait long, either.  By the time you read this, Apple may have already begun rolling out their new iPhone, the iPhone 11 and 11 Pro, both of which support Wi-Fi 6. Since there are legions of people standing by to upgrade to Apple’s latest offering, that will mean incredibly rapid adoption of the new standard, which will have ripple effects throughout the industry.

Kudos to the Wi-Fi Alliance for pushing the standard forward, and to Apple for helping ensure widespread, rapid adoption.  Good times ahead.