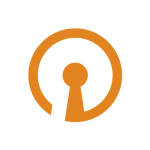 The newest update does not include the breakout rooms, however, it is on the roadmap and it is coming.

Now, what we have seen people do, so if I’m in the retail channel and I wanted to do some breakout rooms what I can do, I’m gonna make a couple of new channels here.

I think we added a channel in our first meeting. If this is breakout room, one showed in everyone’s list, I’m going to add this guy and then let me add breakout room two. So I’ll show you how this works.

So if we add a couple of channels and we call them breakout rooms, we can get a similar functionality, in what you get today in Zoom.

So once I add my channels for my breakout rooms to my Team, I can then direct everyone say, Mike and Deana, you’re in room, one, Jason and Lisa, you’re in room two, and I’ve got a couple other people that I want to go to room three. So I direct them all to the rooms and then everyone can go into these rooms and start a meeting.

So what I can do is, if I need to go back into room one, I can click play here, it puts rooms two, and three on hold. And now I’m in the the breakout room one meeting. And I’m dealing with my students or my employees are my group of people in room one.

Now I’m gonna hop over room three and see how my kids and room three are doing and then, you know, I can just on the fly flip back and forth between different meeting rooms. So although the the breakout rooms is not integrated as a direct function, we can fake it until we make it until Microsoft does that official release.

I’m going to go ahead and hang up on all of those. Yeah, we should point out when you’re jumping from room to room and those rooms are listed as on hold that’s on hold for you. People inside that room are continuing to do their work. Continuing to interact, they’re having their meeting without interruption, it’s just on hold that you’re moving from meetings to meeting.

That is right. They would see that you were in a different meeting but your camera would still be down there. And then as you hop around, it becomes live in your interacting with one room at a time.